Famous Hairstyles: The Bob & The Rachel

Famous Hairstyles: The Bob & The Rachel

Famous Hairstyles: The Bob & The Rachel.  Unless you’re in the habit of continually modifying your haircut, you may not realize just how much it can affect others impressions of you. While suddenly sporting a neon red mohawk might draw you some odd looks at work (or even get you fired!) you’re not likely to cause an entire cultural shift.

There have been hairstyles that have done just that from helping to redefine gender roles to being literally worth dying for. These two feminine styles changed the landscape of beauty and how people wore their hair one for the long run, and the other for a brief decade.

In the 1920s, women began to challenge the traditional roles they’d been cast in for hundreds of years. They were spurred on by jazz music, new developments in film and entertainment, and the economic prosperity of the Roaring Twenties. These women, called flappers, were scandalous in their time; they drank, smoked, spoke frankly about sex, and wore outrageously short skirts.

Prior to the flappers, female hairstyles tended towards long hair, which was usually pinned up while in public. Considered the crowning glory of a woman’s beauty, the flappers defiantly cropped their hair short. For some people, it was nothing short of horrendous; women with masculine haircuts were a serious taboo. But the flappers persevered; if you have a short haircut (or wear skirts above the knee in public!) you have these pioneering women to thank.

Imagine you got a hair cut you really didn’t like, but with no time to fix it you went into work anyway. Your coworkers suddenly gush about how great you look, and then within a week you notice the secretaries on the lower floors sporting the exact same look you despise and crediting you as a style guru. It sounds ridiculous, but that’s exactly what happened to Jennifer Aniston in the 1990’s. During the first two seasons of the TV show Friends, Aniston sported a square layered style that had lots of volume and bounce; it reflected the plucky personality of her character, Rachel Green. 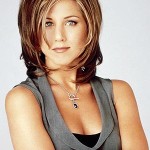 As the show exploded in popularity, women began requesting to get The Rachel when they went to their stylists. This troubled Aniston, who reportedly loathed the cut; her hairdresser, Chris McMillan, had created the cut. While Rachel sported a more traditional look for the next eight years of Friends, The Rachel style found its place in the cultural lexicon and was seen on the heads of women all over the country. When Friends went off the air (and the 2000s brought new styles and trends), The Rachel faded in popularity.